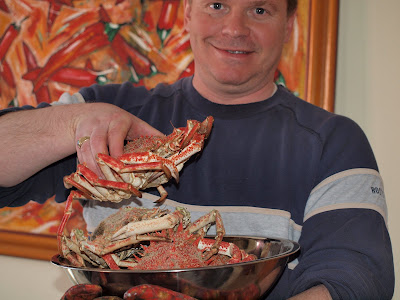 Great day at the market...
Posted by An American in Croatia at 1:41 PM 0 comments

Blanka's baptism is this weekend.

So, I walked down to the bakery to order the cake and bread for the event. It's our favorite bakery and we know that staff well. So, I explain to them what we need in terms of bread and then turn to the issue of the cake. The cake expert is called in and she pulls out a book to show me page after page of cake pictures, all geared toward baptism. They even had one of them on display. And while it was sort of cute, I found them to be rather tacky. ...Heaps of frosting, molded into the shape of bibles...or baby booties...etc...

So, I point to the elegant chocolate layer cake with chocolate shavings on top sitting in the glass case and ask,

I move in for a closer inspection. It didn't say Happy Birthday on it or anything like that. So, I replied:

-I think it looks good.

-Yes, but for baptisms in our country, people take these cakes.

She proceeds to point to the pages in the book geared for baptism. So, I shore up my strength for the fight and I say,

-Well, I think these cakes are more elegant.

-I don't think you understand me. That's a birthday cake.

Ladies and Gentleman, I left the bakery with an order for three ˝birthday˝ cakes for Blanka's baptism. Later, I told my husband that it was fortunate that I handled the transaction. As a foreigner, they'll chalk it up to my being an idiot and not knowing how things are done ˝kod nas.˝ Moreover, they'll sympathize with my poor husband who has to be subject to my crazy American ideas.

The funny part of this is that she acted like I was assaulting some deeply held principle when in fact I know that 20 years ago no one would have been ordering anything from a bakery -not for a baptism or anything else. Some old baba would have made the cake. And guess what...it would have looked just like one of my ˝birthday˝ cakes.
Posted by An American in Croatia at 7:10 AM 0 comments

Tuberculosis Shot, I Hate You

It's customary in Croatia to vaccinate newborns against TB. So, my little 3 day old daughter received her shot in the left arm. I was told that a small blister will form at the injection site within about a month's time. That stupid blister arrived a few weeks ago. Now you might be thinking it some cute tiny...nothing. Well, it's not nothing. It's an angry, disgusting, pus-filled monster - a monster that broke two nights ago and sent my ordinarily docile 8 week old into full-on hysteria.

If that's not bad enough - as is the case with TB vaccination - she'll be left with a scar on her shoulder that looks like I took a car cigarette lighter to it.

TB shot, I hate your guts.
Posted by An American in Croatia at 7:23 AM 0 comments

My Experience with Cloth Diapers 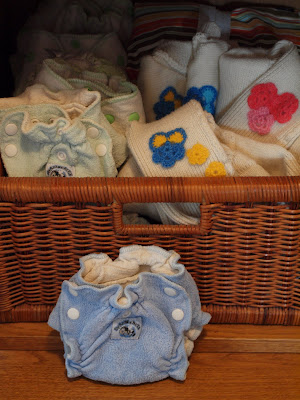 I have a 6 week old baby who, except for the first few days of her life while we were in the hospital, has never worn anything but cloth diapers. I'm not going to give you the environment as the impetus for choosing cloth because I'm sure there are legions out there in internet land who will argue that the water and electricity that I use to wash the diapers offsets the absence of poopy disposibles in the garbage dump.
My husband is partial to the diaper rash argument...that the incidence of diaper rash skyrocketed with the rise in use of disposible diapers. Frankly, that too will be written off by mothers who will argue that more frequent changing would abolish much of those incidents.
Originally, I think that the decision to cloth diaper was driven by the fact that the concept is entirely aligned with how my husband and I live. Nothing in our life is disposible - everything is solid, heavy...and will last 100 years. I actually liked the idea that all of our children will have the same diapers. There's continuity in that - history. These are OUR family's diapers now and forever.
So, now after 6 weeks of hard daily use, what do I think about cloth diapers? Are they worth it?
Absolutely. I wouldn't change a thing. She's happy in them. I'm happy with them. I have several cute diaper bags made for me by Kelly at Petunia's. The XL ICKY bags hold 1 load of dirty diaper laundry for my front loading washing machine. I have a few regular sized ICKY bags that I take on the road with me, while we're strolling around town and stepping over/rolling through the raw sewage that seems to be spilling out of several manhole covers near our apartment building (ah, yes...cholera anyone?).
Exclusively breastfed baby's poo is completely water soluble - meaning, I don't dunk anything or whatever you're thinking. I remove the diaper and throw it immediately into the diaper bag, poo and all. When the bag is full, I overturn the bag in my washing machine and then throw the bag in, too. Voila. I don't touch anything.
One cold water rinse and then a hot cycle using special cloth diaper detergent from Clean Rinse and the dipes are clean - enough to pass the most rigorous olfactory and visual tests (which is more than I can say for Zadar streets after a rainstorm). For whatever reason, I've always finished them off with a second cold water rinse with about a half cup of vinegar (for softening) and a few drops of lavendar oil (for scent) but it's not required.
Now, there are a variety of cloth diaper covers (not all cloth diapers require covers...but mine do). I went entirely wool - no PUL covers. I have a full stash of Aristocrat and Disana covers (pictured on the right). I embellished the covers with the crocheted flowers that you see. And despite being a natural fiber with a bad reputation, even the covers couldn't be easier to care for. In 6 weeks of daily use, I've washed and relanolized the covers once - once! And that, only because I thought I should rather than any particular need (meaning, they weren't leaking and they weren't stinking).
So, friends. My foray into cloth diapers has been an unequivocal success so far.
Posted by An American in Croatia at 3:45 PM 0 comments